Free shipping on orders of $100 or more! 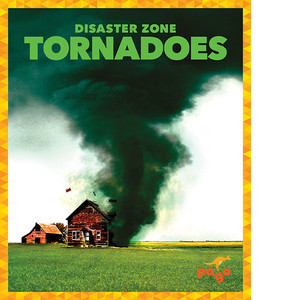 These early readers supply basic overviews of natural disasters. Each volume starts with a “You Are There” scenario to engage interest by describing a specific event. Meister then offers simple explanations of why and where such disasters are most likely to take place and offers some examples of the most deadly occurrences. She concludes with a hands-on activity such as making a small landslide on loose dirt or sloshing corn flakes in milk to simulate tectonic plate movement. Large photos plus maps and fact boxes usually correlate well with the text. However, the photo of children scooping water seems incongruous next to a paragraph about Ethiopia’s drought, and the world drought map includes only a few areas in the United States. VERDICT Well-designed introductory nonfiction about topics that will interest many students, especially beginning readers.

This site is powered by TitleLeaf